Back to School: College, Underage Drinking and DUI

You are here: Home / General Information / Back to School: College, Underage Drinking and DUI
August 19, 2016 by Editorial Staff 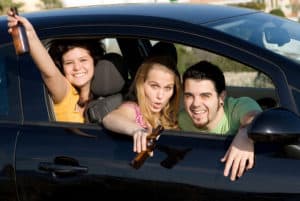 College students have a lot to look forward to as the year begins, and a lot to watch out for, especially those who are under 21. Underage drinking is a big deal during the college years. It is estimated that each year, 1,825 college students (age 18-24) are killed in alcohol-related accidents, including DUIs. Unfortunately, college means there is easy access to alcohol, no matter how old the person is reaching for the glass.

All states have a zero tolerance policy toward underage drinking and driving.

Laws have been established to prevent a minor from possessing or purchasing alcohol, but it still happens regularly. The temptation at that age, especially as other college-age peers are drinking may be too much to resist. In states like West Virginia, there is a possibility that even after a DUI, the criminal charge can be expunged in many circumstances. The tradeoff for the expungement is enrolling in the state’s ignition interlock program and not incurring any further drunk driving convictions. Pennsylvania and Tennessee offer similar programs, as do many other states, especially if the DUI was without any aggravating circumstances.

It may also be important for other college students to remember that allowing a minor to drink or providing alcohol to a minor is a crime, with fines and jail time in many cases. Plus, you could face consequences from your college or university, too.

As a new year begins for college students, now is a great time to gently remind those students that underage drinking and driving is dangerous. It can affect more than just the person behind the wheel, and more than just during the time that person is driving. Instead of taking those risks, anyone in college can understand the logic behind staying sober and avoiding the problems of underage drinking entirely.