Buzzed in Colorado: How Will a DWAI Count Against You?

You are here: Home / Law / Buzzed in Colorado: How Will a DWAI Count Against You?
December 1, 2015 by Editorial Staff 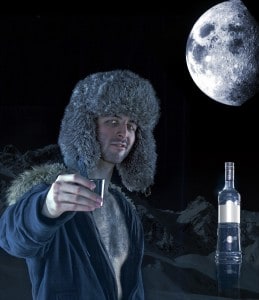 Colorado may have a reputation as one of the more progressive states in the country, but, that does not mean drunk drivers are any less restricted. In fact, Colorado has a clearly defined perspective on drunk drivers who do not necessarily meet the “per se” definition of a DUI, according to the national .08 percent guideline. That means that even if you are not legally intoxicated at the national blood alcohol concentration (BAC) limit, but you are clearly “buzzed” when you are driving, you could be guilty of a lesser charge: DWAI.

It is illegal to drive in Colorado if your BAC is .05 percent or higher. At that level, your “buzz” means you are probably:

…and it may only take two drinks to get you to that BAC.

That’s why Colorado has a DWAI law that is similar to the state’s DUI laws. A DWAI will count in the total sum of drunk driving incidents on your record, your fines and jail time will reflect the DUI penalties and any court-ordered substance abuse evaluation may be in order. However, a DWAI conviction will not mean you need an ignition interlock device, unlike a DUI.

Having a DUI is bad enough, and at .08 percent BAC, it is clear that you are intoxicated and a danger on the road. But, with a DWAI-level BAC, you are still at risk for injury or worse, not to mention the damage you could cause to others on the road. When you add up all of the reasons to drink responsibly in Colorado, make sure you account for your BAC level and your general behavior after a drink. Then, you can make the smart choice to steer clear of a “buzz” a DWAI, and keep Colorado’s streets safe.

Previous Post: ← There is No MVA “Look Back” Period for Your Maryland DUI
Next Post: Is the Mississippi DUI “Hammer” Law Enough? →