You are here: Home / Law / Is the Mississippi DUI “Hammer” Law Enough?
December 2, 2015 by Editorial Staff 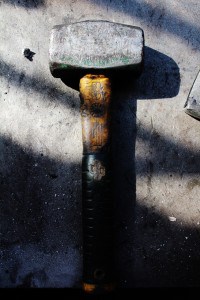 In 2014, Mississippi took on drunk drivers with new DUI laws to help curtail any further incidents. From increasing the accessibility of the state’s ignition interlock program for drunk driving offenders to a stricter stance on repeat offenders, Mississippi is proving how seriously it wants to clean up the streets and keep safety as a top priority.

That strict stance on repeat offenders is the perfect example of cleaning up the streets. With the new law, the “hammer” comes down on those who cannot seem to stop driving under the influence of alcohol. That is, a fifth DUI will result in house arrest and a felony record. However, something does not add up in that calculation of DUI convictions. Specifically:

Considering all of this together, it does not seem feasible for anyone in Mississippi to rack up five DUI convictions in five years, resulting in house arrest. But the law is there for a reason, perhaps because not enough ignition interlock enforcement is in place, or enough offenders are opting for those programs. They are driving illegally, and intoxicated, instead.

Staying on top of drunk driving offenders is a 24/7 job, and we have faith that Mississippi is doing its best to keep those roads safe for everyone. When given the choice between an ignition interlock device or the consequences for multiple DUI convictions, we hope everyone will choose the interlock, especially when they already have proven to have a difficult time choosing to drive responsibly.

Previous Post: ← Buzzed in Colorado: How Will a DWAI Count Against You?
Next Post: That DUI and Your College Plans →