You are here: Home / Resources / Low Calorie Does Not Mean Low BAC
October 14, 2013 by Editorial Staff 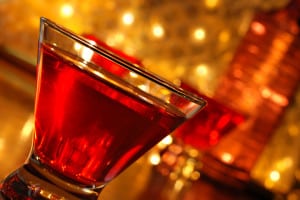 Many people assume that their low-calorie alcoholic beverages are less potent than regular, full calorie drinks, but those people would be wrong. low-calorie alcoholic beverages, such as low-calorie beers, can be just as strong, if not stronger than their full calorie counterparts. A calorie is defined as a unit of energy required to raise one gram of water by one degree Celsius. Calories have much more to do with the amount of carbohydrates, fats, and sugars are in your drink than how much alcohol.  Many low-calorie beers have the same alcohol content as full beers.

Diet mixers can be particularly dangerous as recent research shows that the way your body processes these drinks is different from how it processes regular drinks. When you drink full calorie alcoholic beverages your body treats them like a food, and they sit in your stomach longer, but when you drink low-calorie drinks this changes. Your body does not process low-calorie beverages as a food, and instead they pass along to your bloodstream faster. A study done by the journal, Alcoholism: Clinical and Experimental Research, showed that people who consumed low-calorie alcoholic beverages had, on average, a blood alcohol concentration (BAC) 18 percent higher than those who did not consume low-calorie beverages.

So the next time you or a friend have a low-calorie drink, be smart. Understand that not only are you not consuming less alcohol, you may actually be having more. Information can be the difference between a safe night of responsible drinking, and a DUI that may forever impact your life or the life of a person around you.