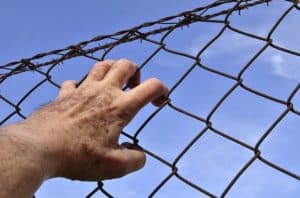 In most states it takes three or four drunk driving convictions before prison becomes a part of the court process or consequences. After all, that person has shown they aren’t learning lessons from their other DUIs. Shouldn’t prison be the next step?

Maybe. Prisons are overcrowded and an ignition interlock could be a viable alternative.

Research shows that an ignition interlock device prevents recidivism (repeat DUI offenses) by 67 percent. Once the device is removed, however, re-arrest rates for DUI are similar to those who didn’t have an interlock installed. That means that as long as an ignition interlock is installed and being used, there’s minimal worry about a DUI offender out on the roads driving under the influence. By keeping the devices installed on vehicles of those repeat or habitual offenders, that 67 percent remains true. Plus, those same DUI offenders are not in crowded prisons, but are instead given the freedom to rebuild a better, more responsible life, with the help of interlocks and a community support system.

Ignition interlock devices can reduce the number of offenders in jail and keep the streets safe.

If you consider the benefits that ignition interlock devices offer, it seems the least restrictive consequences for DUI will have the best return on investment. In terms of restrictions, months or years in prison is a lot more to deal with than the extra steps taken to “blow and go” into an ignition interlock, too. Not only can the devices help keep prison populations down, but they can also be teaching tools for how to encourage positive, responsible behaviors over a potentially unnecessary prison sentence.