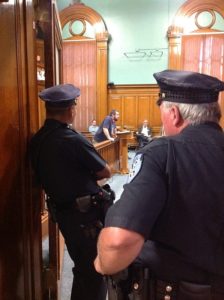 Before a DUI offender gets back on the road legally in Mississippi, a lot must happen. For instance, Mississippi has a DUI intervention program that provides substance abuse treatment and evaluations, as well as a full range of educational programs to really drive home the lessons of responsible, sober driving. The Mississippi Alcohol Safety Education Program (MASEP) is actually something each Mississippi driver agrees to as part of the state’s implied consent laws.

When you first get your Mississippi driver’s license, you’re agreeing to enter into MASEP among other DUI-related mandates.

Because a first-offense DUI is often the result of a bad choice or an underestimation of intoxication, these types of intervention programs are common across the U.S. Many people don’t realize how it feels to be legally drunk until they’re actually arrested for DUI. Once that happens, a more direct approach can be taken that keeps those offenders from making one more DUI mistake. That’s where MASEP becomes an intervention program, helping instill those lessons into a person who is at risk for more irresponsible choices, even after going through the legal DUI process.

Mississippi allows DUI offenders the chance to drive again after a DUI, as long as an ignition interlock device is installed. One becomes eligible for that device by completing MASEP. Entering MASEP after a DUI isn’t a choice, but something you agreed to when you got your license. Essentially, if you drink and drive in Mississippi, you already agreed to installing an ignition interlock device in order to legally drive once the dust settles.

Programs like MASEP prove that people who are given another chance at the right time can help turn their lives around.  Perhaps they can even serve as an example to others of the risks that are taken when we get behind the wheel of a car after drinking.