Can an Ignition Interlock Be Faked?

You are here: Home / General Information / Can an Ignition Interlock Be Faked?
June 26, 2015 by Editorial Staff 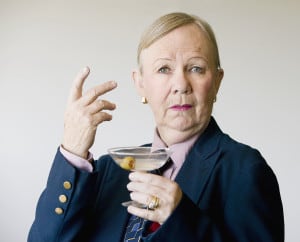 Imagination and creativity make the world go ‘round, and sometimes, alcohol is one way to encourage those “creative juices” – as long as it is consumed responsibly. Unfortunately, responsible drinking isn’t everyone’s cup of tea, and people continue to risk lives by drinking and driving. Once those offenders sober up, they realize that they’re looking at a future of court fines, community service and even an ignition interlock requirement. Most of the time, that’s enough to put a drunk driving offender back on the right road… other times, the offender might look for ways to get around the consequences for their actions, like the crazy idea of faking an ignition interlock device.

You can’t fake an ignition interlock device because you have periodic service appointments as part of your requirements. The service provider will immediately know you faked it, or your interlock program supervisor will wonder why there’s not any forthcoming information about your driving habits.

You can’t fake an ignition interlock device because it is wrong, and you’ll end up without a license and possibly in jail.

Lastly, your friends will not only know you have a fake ignition interlock device, but they will very likely question your motivations and judge you accordingly. You did the crime, now do the time.

Under the influence of alcohol, we can all do some crazy things. After the influence of alcohol has driven you to a DUI, the crazy should end there and you should do your part in your own recovery. That means that your idea of faking an ignition interlock is way beyond the limits of rational thought, and that even if you somehow manage a fake interlock, you’ll eventually be caught and handed down much more “creative” consequences than you ever wanted.

How Long after Drinking Can You Drive?
Next Post: Why is the Colorado Drinking Limit So Low?