Why is the Colorado Drinking Limit So Low? 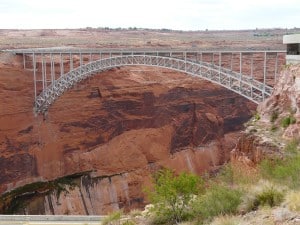 Most people don’t realize that even with one standard drink, the ability to operate a vehicle safely is diminished. Of course, there is a huge difference between having a glass of wine with dinner and a 12-pack of beer for dinner, but, in between those extremes is that “buzz” that should indicate you’re about one drink away from hitting the legal blood alcohol concentration (BAC) limit for drunk driving. Colorado has a lower drinking limit that shows the state takes “buzzed”driving seriously – as in you could get a drunk driving conviction for being just over “halfway” to the legal limit. A .05 BAC “buzz” from your wine with dinner will be on your criminal record as a DWAI (driving while ability impaired) conviction.

Colorado has a wide range of penalties for all of the drunk driving charges, including a DWAI. They all count as “points” on your license, as violations in the eyes of the Colorado Department of Revenue and as crimes in a judicial situation. So, while a first-time DWAI at the “buzzed” end of the Colorado drinking limit may have less serious consequences than a DUI, once you get another drunk driving conviction (DWAI or DUI), you are considered a habitual offender. From there, your fines, court costs and other requirements increase. Oh, and, you’ll also have to install an ignition interlock on any vehicle you own or intend to drive, too.

It can be hard to say no to a few drinks with friends or an after-dinner cocktail, but, considering the Colorado drinking limit is much lower than the national BAC limit, it really isn’t worth the risk. There are plenty of other options to drinking and driving in Colorado, including designated drivers, sober ride services or taxis. Risking a DUI, DWAI or the lives of others isn’t anything to celebrate, and there are more ways to get home safely than there are reasons to ever drink and drive.