You are here: Home / News / You Can Still Get a West Virginia DUI on Your Own Land
January 16, 2017 by Editorial Staff 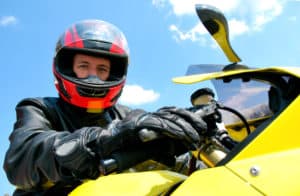 Last year, the West Virginia Supreme Court ruled that any type of drunk driving incident in the state was a criminal offense. So, Uncle Joe’s six-pack tractor ride could cause a lot of legal repercussions that were normally saved for his highway trips, like a West Virginia DUI, court costs, and an ignition interlock requirement. The ruling was recently upheld, attempting to keep plenty of ATV-riding, land-owning, day-drinking people from damaging their own property or worse.

How can a state levy criminal DUI charges against a person who drives under the influence on their own property?

A WV Chief Justice explained the decision as such:

“The legislature chose to structure our DUI statutes to regulate the condition of the driver, not the locale in which the driving is taking place. Thus, the legislature expressed its plain intent to prohibit an intoxicated person from driving a vehicle anywhere in West Virginia, whether on public roads or across private land.”

There was dissent, but the West Virginia Supreme Court untimely upheld the decision to include private property in the definition of a “person who drives a vehicle in the state.”

Now that the issue has been settled, the next question is whether an ignition interlock device can be a penalty for a West Virginia DUI, even on private land. The answer is yes, and if your blood alcohol concentration (BAC) is at or above the legal limit or you’ve already had one or more West Virginia DUI, you’ll have an interlock requirement in WV.

If you have an interlock requirement in West Virginia, the device must go on your street-legal vehicle, not your ATV, even if that’s what you were driving when you were charged with the DUI.

Obviously, the smart choice is never to drive drunk, and that goes for you, Uncle Joe or anyone else who may think its ok to get behind the wheel after drinking. It doesn’t matter what you’re driving or where you’re going, just how much you’ve had to drink and your risk to others in your path.

Previous Post: ← Mornings and Your Ignition Interlock Device
Next Post: Can You Lose Your Car From a Wisconsin OWI ? →