You Can’t Argue with Colorado’s DUI Per Se Law

You are here: Home / Law / You Can’t Argue with Colorado’s DUI Per Se Law
November 2, 2015 by Editorial Staff 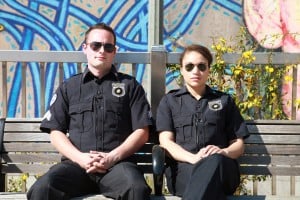 In Colorado, when you drive under the influence of alcohol, you have few chances to fight the facts against you. Not only does the state have a DWAI regulation, where your blood alcohol concentration (BAC) can be less than the legal, “Per Se” limit, you can also be charged with DUI before the results of your BAC test are in. If you act like you are intoxicated, if you were driving like you had been drinking, or there is an aroma of alcohol detected during your traffic stop, you are looking at a long road ahead of you. On top of that, you can then be charged with “DUI Per Se,” a fact-based drunk driving charge.

DUI Per Se in Colorado means that you were legally drunk when stopped – that your BAC was at .08 percent or more. Although you will see two (or more) DUI charges against you as you head into court, the DUI Per Se charge does not allow much o a defense when it comes to your conviction, or the consequences ahead of you for driving under the influence. Your BAC was over the limit, and you were a danger on the road. DUI Per Se in Colorado removes the guesswork  and the subjective nature of the other DUI charges, so your odds of a conviction, court costs, fines and an ignition interlock requirement are pretty much guaranteed.

Even a small amount of alcohol can be enough for a drunk driving charge in Colorado, because the danger is still there when you are just a little buzzed. Any part of your happy hour celebration will just lead you into one of many different drunk driving charges from the state, killing your buzz and creating a difficult situation for many months (or years) to come.

Previous Post: ← What If I Cannot Afford an Ignition Interlock?
Next Post: What Happens After My Mississippi License is Suspended for a DUI? →