You are here: Home / News / Can’t Remember to Drive Sober? Not Likely.
August 3, 2017 by Editorial Staff 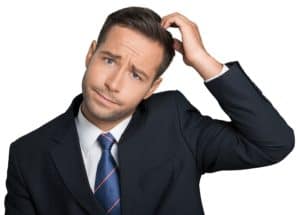 There are not many people who intentionally try for a DUI or other drunk driving charge, nor does anyone really look forward to learning how to use an ignition interlock. Most of the time, those who are caught in the act of drinking and driving come up with reasons why they are in that situation. Forgetting to drive sober, however, is never going to be an acceptable reason for a DUI, not legally and now, not scientifically, either.

A recent study points to the odd magic of alcohol in how it can actually assist memory. The trick seems to be similar levels of alcohol in the body during both study times and test time for students. While college rumors have supported this assertion for years, many of us figured that was just a cop out for students to remain at a certain level of intoxication. It seems, however, that science agrees… rendering the “forgetful” drive sober excuses useless.

In short, it seems that alcohol’s magic for short term memory, like that in the study/testing situations in a college or academic environment, is due to blocking the brain from absorbing any new information. For anyone who cannot remember things that occurred while intoxicated the night before, it may seem reasonable to assume that it wasn’t a matter of forgetting the greatest karaoke performance of your life, but that your brain just didn’t record the information at all. Go figure.

Considering all that can go wrong once intoxicated, the responsibility for remembering to drive sober must begin well before we leave for a night of drinking… or an afternoon of studying under the influence. When alcohol is involved, there really is no better test of a person’s intention to drive sober than to already have a plan in place for a safe ride home. Besides, the excuses for drinking and driving never pan out, and under the best circumstances, we are still looking at a DUI or other drunk driving problem.