You are here: Home / Law / Driving with an Illinois Ignition Interlock Device
August 2, 2017 by Editorial Staff 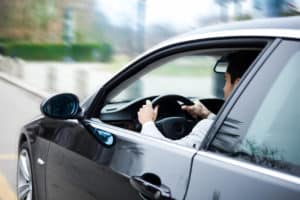 An Illinois ignition interlock has been available to all DUI drivers since 2016. That’s not an uncommon move, as more and more states are getting behind the safety and reliability of the devices. All-offender ignition interlock laws are worth the effort – in a report by MADD, data shows that the devices continue to prevent further drunk driving incidents by convicted drunk drivers, and have been for well over a decade.

Illinois ignition interlock devices have prevented 101,255 drunk driving attempts in the last 10 years. In 2016 alone, 6,156 DUI attempts have been stopped.

Illinois ignition interlock devices are not mandatory for all DUI offenders, but the state does highly encourage their use, even for a first-time, low blood alcohol concentration (BAC) DUI convictions without any aggravating circumstances (child endangerment, property damage, etc.). For Illinois DUI offenders who refuse to install the device, a lengthy driver’s license suspension is levied instead. There are additional penalties (fines, an extended suspension period or even jail time) if the DUI offender is caught driving a vehicle. If that offender is also intoxicated while driving on a suspended license, those penalties increase, as well.

Your BAC can be below the .08 percent line to be charged with and convicted of an Illinois DUI, too.

An ignition interlock device allows the offender to maintain employment and other life and family obligations rather than rely on public transportation or friends. In exchange, the streets are safer and we are all assured of sober drivers on our roads.

Illinois ignition interlock expansion is working and more states are taking notice of the efforts and success. Several other states have recently passed all-offender ignition interlock legislation this year, allowing us all the chance to rest easier, more assured of our own safety on the roads, no matter whether we’re driving in Illinois or anywhere in the U.S.

Previous Post: ← Is an Arizona DUI Worth the Risk?
Next Post: Can’t Remember to Drive Sober? Not Likely. →