Is an Arizona DUI Worth the Risk? 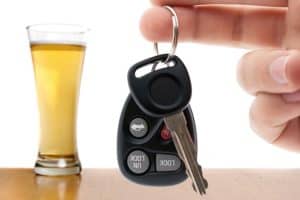 When we’re going out to celebrate with friends, how often do we plan for a safe ride home? Not often enough, even in Arizona. Despite the consequences for an Arizona DUI, people still take a chance when drinking, discovering too late that they were too drunk to drive. Drunk drivers in Arizona have a lot more at risk than community service and an ignition interlock requirement.

For a simple DUI or a drunk driving incident that included no danger to another person or property, the criminal consequences are just the beginning. Arizona has an administrative license revocation (ALR) policy through the DMV, eliminating any gap in time where an accused offender could potentially drink and drive before a court hearing. With ALR, your license is suspended through the DMV before you even have a criminal conviction, and you will be required to install an ignition interlock to restore your license.

Also, if you don’t own a vehicle, you can’t just wait out the license suspension in Arizona. Arizona DUI law states that you have to serve out the ignition interlock requirement one way or another, no matter how long it takes if you ever want to legally drive again. If you don’t own a vehicle, you may need to ask a friend or a relative if you can use theirs to install the interlock.

If you have a security clearance or work as a teacher, an Arizona DUI could affect your employment status. You could also have a harder time renting a home or finding housing, being accepted into college or other problems due to a criminal record.

Of course, the biggest risk with a DUI is the potential to kill another person. Drunk driving is the cause of one in three road fatalities across the U.S., giving you the best reason of all to never put yourself or others at risk. If the legal and administrative consequences aren’t enough to put off the risk of an Arizona DUI, then the absolute devastation of a fatal drunk driving incident should be.

Previous Post: ← How to Drive After a First-time Missouri DUI
Next Post: Driving with an Illinois Ignition Interlock Device →