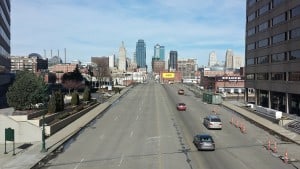 Finding success in anything is a wonderful feeling, and when that kind of success is proving to save lives and keep the streets safe from drunk drivers, everyone comes out a winner. With recent changes to the state’s DUI laws, the success of Missouri’s ignition interlock program is obvious, and anyone who chooses to drink and drive won’t be given that choice for a long time.

In September, 2015, Missouri extended its ignition interlock policy to include not just first-time DUI offenders, but, also those facing a second or subsequent offense. Formerly, the policy allowed a person accused of a first-offense DUI to voluntarily install an ignition interlock immediately in order to avoid a license suspension. This policy did not include those with more than one drunk driving offense, however, and with the new provisions, all drunk drivers can drive again without waiting out their license suspension period… as long as they have an ignition interlock installed.

That’s not all Missouri’s new ignition interlock law changes. If a person is caught tampering with their device or if they test at or above the blood alcohol concentration (BAC) limit, they will face a mandatory three-month extension of their requirement. If they continue to fail the BAC test or there is further evidence of tampering with the device, each event adds three more months to the requirement.

With more and more states relying on the technology of ignition interlock devices to keep drunk drivers off the road, we’re all seeing a decrease in the crimes and an increase in our safety on the roads. Making a choice to drink and drive isn’t a personal decision, it is a dangerous risk that can affect the lives of anyone on the road. With Missouri’s updated ignition interlock policy, drunk drivers are given the keys to a successful, sober future… and that is a wonderful feeling, for us all.

Avoiding an Underage DWI in New Mexico
Next Post: When Do I Need an Ignition Interlock in New York?