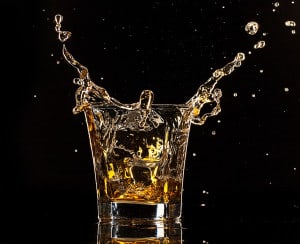 Recently, the National Transportation Safety Board (NTSB) issued a recommendation for states to lower the current blood alcohol content (BAC) legal limit from .08 to .05 and many people have opinions about it. The NTSB is an independent federal agency that conducts research regarding transportation safety and makes suggestions to various other agencies based upon their assessments. Those other agencies are under no obligation to adopt any suggestions made by the NTSB and the agency has released more than 13,000 recommendations since its inception.

The NTSB says lowering the BAC legal limit to .05 could save between 500 and 800 lives each year. Currently, over 100 countries are using the lower limit and have noticed a positive difference as a result. In the United States, however, the idea is unsettling for many people. For some, the real solution to our nation’s drunken driving problem would be installing more sobriety checkpoints. Currently, we are arresting a small fraction of people who are driving while inebriated. Some argue that putting more law enforcement out to enforce the laws as they are now would be a better idea. Other suggestions include stricter laws to prevent recidivism, including mandatory ignition interlock installations or banning alcohol consumption for anyone convicted of a DUI/DWI.

Part of the problem with lowering the BAC legal limit is that, to be successful, it requires a better equipped law enforcement system. With the American economy the way it is, many police departments are having a difficult enough time catching violent offenders. It would make little sense to introduce a law that cannot be enforced properly. However, the solution of installing more sobriety checkpoints faces similar financial restraints.

Another concern of people who do not support lowering the BAC legal limit to .05 is the strain it will put on establishments that make their money from selling alcoholic beverages. A lower BAC may result in harsher penalties for businesses who sell alcohol to people who later get arrested with a .05 BAC. As it stands, a man weighing about 180 pounds can reach the .05 limit after two beers. Keeping this in mind, many opponents of lowering the BAC legal limit from .08 to .05 argue that such a change would criminalize normal, American behavior.

Alcohol affects everyone’s body differently, but should we worry about that when we are trying to save lives? The conversation about lowering the BAC legal limit will probably go on for a while. In the United States, we will need to weigh public safety versus individual freedom and see which comes out as more of a priority. With limited resources at our disposal, it is difficult to tell where states will stand on this issue.