What About That Colorado DUI Lookback Period?

You are here: Home / Law / What About That Colorado DUI Lookback Period?
April 25, 2016 by Editorial Staff 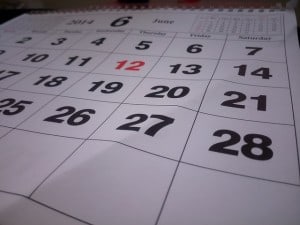 Unless you’re familiar with the criminal justice system, the Colorado DUI lookback period is probably not weighing too heavily on your mind. For some, however, a lookback (washout) period can mean the difference in two very different math problems after a second or subsequent DUI arrest has occurred. Colorado doesn’t really have a lookback period, it’s more of a window of judicial discretion. Generally speaking, if you have two drunk driving convictions within five years of each other, you’ll likely face harsher penalties.

For example, a first-offense DUI means you’ll spend at least five days in jail and pay fines between $600 – $1,000. If you are convicted of DUI again in the five-year Colorado DUI lookback period, you’ll spend at least 10 days in jail and you could pay $1,500 in fines. Colorado also counts any lesser DWAI convictions in the lookback period, as well as many out-of-state drunk driving convictions. If you’re convicted of more than one charge within five years, the restrictions on your driver’s license also increase, and with those, so does your ignition interlock requirement.

Remember, also, that a lookback or washout period is different from the criteria used for any sort of expungement. Colorado can expunge your DUI conviction under certain circumstances, and there is a timeline involved in that action, but it isn’t the same as the lookback period used to determine criminal consequences for multiple DUIs.

If your second or subsequent conviction is outside of the Colorado DUI lookback period, your penalties could be much less, but that doesn’t mean you should take that chance. After your first DUI, the restrictions on your license and your car breathalyzer requirement, you’re probably more concerned with avoiding another DUI rather than the math involved in the lookback period. Instead, take that drunk driving conviction and move forward into a life where responsible driving is the biggest factor in your life.

Previous Post: ← Why a Zero Percent BAC Limit Won’t Stop Drunk Drivers
Next Post: Why Can’t I Get a Missouri Ignition Interlock? →