That Colorado Ignition Interlock Could Save You $500,000 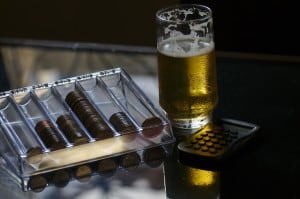 What would you do with a million dollars? What about half a million dollars? In Colorado, there’s a lot of ways to spend that kind of money on a dream life, but when you drive under the influence of alcohol, you are basically throwing that whole life away and your hard-earned money.

Higher fines and court costs are a reasonable consequence for any habitual drunk driver. Graduated DUI penalty systems are normal in each state, where it is hoped that the least restrictive consequences will be enough to stop a person from driving under the influence again. Unfortunately, that’s not always the case, which is why Colorado has stepped up their felony DUI consequences even higher…  to the tune of $500,000 in fines.

Once you’ve had one DUI in Colorado, you will need an ignition interlock device. If you use it correctly and realize the error of your ways, you get to avoid future DUI charges by being safe from that point on. You don’t have to worry about a $500,000 fine. You don’t have to worry about the other consequences for multiple drunk driving convictions like a felony conviction. That ignition interlock saves you money and can stop you from wasting the years you’ll probably spend in jail. Also, you may have a difficult time being allowed to drive again after multiple DUI convictions, as any ignition interlock requirement could be denied once you’re really trying to get back on your feet.

The high fines for Colorado’s DUI felony law are scary, and for a good reason. The higher the cost, the higher the hope that everyone will think twice (or three times) before driving under the influence of alcohol. With the cost of multiple DUIs in Colorado, an ignition interlock actually ends up saving you money and your freedom, and there’s not a sober mind who would even consider throwing those away.