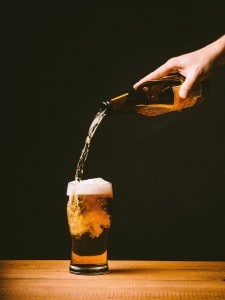 We don’t talk about alcohol prohibition a lot these days, especially since the old days of hidden stills and bootlegging are pretty much behind us. In Colorado, the “prohibition” of alcohol sales is a throwback to those days, but, the state is not deprived of a tasty microbrew culture. Instead, Colorado has a thriving community of private brewers; you just have to know where to find the “good stuff” that is not sold in a grocery store.

Currently, Colorado law only allows beer with a low alcohol content (3.2 percent or less) to be sold in “convenient” locations, like grocery stores and gas stations. But, the culture of craft brews has given big ideas to the bigger stores in the state who want a piece of the alcohol sales, as well. There is a proposed change to the law that would allow these stores to sell beer with a higher alcohol content to the public, on demand.

Of course, this means that more people will have an opportunity to misjudge these stronger beers. Which can lead to a different sort of trouble with the law, like a DUI. On the other hand, if residents can take home a sixer of their favorite beer and drink it responsibly, a drunk driving conviction, car breathalyzer or ignition interlock device probably wouldn’t even be a second thought, because nobody will be intoxicated and driving.

Increasing the access to beer with a higher potency could be a step toward more dangerous roads, or, a way for craft brew fans to get together without worrying about a safe ride home. While Colorado sorts out their new path to end “modern prohibition,” we can all hope that the same people pushing for an expansion of beer sales into grocery and convenience stores also add preventative measures that ensure nobody will be driving under the influence of craft beers and microbrews.

Previous Post: ← How Could a DUI Prank Go Wrong?
Next Post: We Can’t Even: Legally Drinking While Driving in Mississippi →