How Could a DUI Prank Go Wrong? 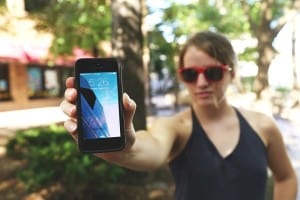 In what can only be called the most obvious warning of the holiday season: don’t use 9-1-1 as a distraction method to allow you a “safe” ride home if you’ve been drinking, like this woman from New Jersey. Nobody is going to think you are funny.

It is not the first time an intoxicated bar patron has used emergency services to assist him or her in a quick, intoxicated getaway from a bar. Nor will it be the last. We’d like to say that the worst part is that after calling in a fake incident report at the bar that she was leaving (clearly intoxicated), the woman outed herself on social media. But, that was not the worst part – obviously, the biggest mistake in this was that the woman thought she was still okay to drive (and, prank the police, of course), while she was clearly drunk.

How could this have gone wrong, aside from the criminal DUI charges that are pending?

The woman could have, of course, injured or killed another person on the road with her DUI prank. She, herself, could have been injured or killed, as well. Property could have been damaged, lives could have been ruined. While distracting emergency authorities, however, the woman also endangered more than the other drivers she could encounter on her way home. She took valuable, life-saving resources away from those who may have been in life-threatening situations and led them on a wild goose chase so that she could drive home, while intoxicated.

This case is not about the nerve of the woman who initiated the DUI prank, or the risks she added to with her phone call. It is really an excellent window into the bad judgment of a person who has had too much to drink and who would do whatever was necessary to drive under the influence of alcohol. This is the reason there are such strict consequences for drunk driving, like ignition interlock devices, so that people know there are better ways to lighten up the holidays than a few too many drinks, a prank call… and a pending drunk driving and “false alarm” court visit.