What are Common IID Violation Consequences?

You are here: Home / Resources / What are Common IID Violation Consequences?
July 21, 2014 by Editorial Staff 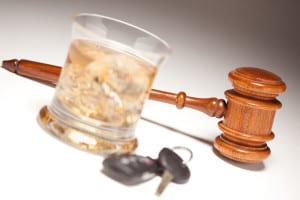 Ignition interlock devices (IIDs) work to increase the security of drivers on the road, assuring the sobriety of a convicted DUI/DWI offender through testing his or her blood alcohol concentration (BAC) before operating a vehicle, and while the vehicle is in motion. IIDs reportedly reduce the number of repeat DUI/DWI offenses by 67%, yet, the minority of users still try to circumvent the device in order to continue driving while intoxicated. Because ignition interlock devices are court-ordered, anyone who attempts to defy the consequences will face harsh penalties, on top of the original sentencing requirements.

IID violation consequences can occur through tampering with the device, failing to install a court-ordered ignition interlock or by trying to circumvent the procedure of monitoring and reporting data to the court or authorized agency.  Driving outside the time limitations of a restricted driver’s license can also be considered a violation. Also, if the court feels a person is not testing his or her BAC through the IID often enough, he or she may be required to explain any alternative modes of transportation in case other vehicles are being driven by the offender without an IID installed.

Depending on the state in which the DUI/DWI occurred, IID violation consequences can vary. Since ignition interlock devices are measures taken to assure the safety of drivers on the road, it is important to use the devices properly, as part of the terms of an alcohol-related driving conviction. Through following the terms of a DUI/DWI sentence and any ignition interlock guidelines; an offender can assure the court of personal rehabilitation and a commitment to sober driving.