You are here: Home / Law / Common Penalties for DUI/DWI
November 4, 2013 by Editorial Staff 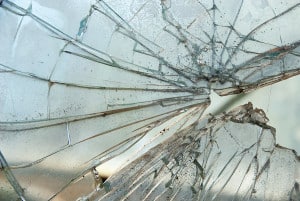 Even as the laws across the country are limiting the ability for people to drive while intoxicated, DUI/DWI charges are still commonly faced for both first-time offenders, as well as those who continue to drive drunk.  Nationally, all states have adopted a legal blood alcohol concentration (BAC) limit that determines a DUI/DWI charge, currently at .08%, but, each state has its own penalties and consequences for those who are found to be driving while at or above that limit.

Some of the most common penalties for a DUI/DWI charge are the fines and court costs that are imposed on a convicted offender.  Financial restitution to the court and state, and even to injured parties or those with property damage are often ordered, per the laws of the state and/or at the discretion of the court. But, the financial burden of a DUI/DWI charge can go further, with considerations like higher insurance premiums, loss of employment and costs associated with alcohol education programs or alcohol monitoring devices.

Alcohol monitoring devices can include instruments that detect alcohol through the skin, or, ignition interlock devices. Both of these types of devices can be ordered as a consequence of a DUI/DWI charge, and the convicted offender is required to not only adhere to the guidelines for alcohol consumption, but, must also pay for the installation, maintenance and/or monitoring costs.

When convicted of a DUI/DWI, a driver may face his or her license being suspended or revoked, depending on the circumstances of the conviction, as well as the laws of that state. While “Cinderella Licenses” may be granted, or, with the installation and use of an ignition interlock device, a driver may continue to drive legally, there can sometimes be a waiting period involved in resuming driving activities.

Driving under the influence of alcohol is a dangerous activity that can even be deadly. When a person makes the choice to drive while intoxicated, that person is putting lives and property at risk – even his or her own. The common penalties for DUI/DWI have evolved through the years to address the problem, and to find effective ways to curb this behavior. By staying sober when driving, however, there is no chance of ever facing those consequences.