You are here: Home / Resources / Defensive Driving and DUI
August 12, 2013 by Editorial Staff 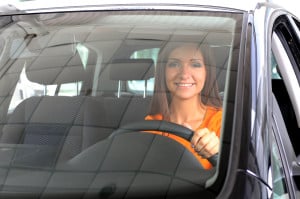 In 2011, almost 31% of all traffic deaths had alcohol-impaired driving as a factor. Although this percentage is lower than in some previous years, states are working hard to lower the number of alcohol-related traffic fatalities nationwide. As a result, many drivers are ordered to attend defensive driving classes after a DUI conviction. About every 53 minutes, someone is killed due to a drunken driving incident, and defensive driving schools aim to teach safer driving attitudes and behaviors.

Besides improving a person’s thinking about driving, attendance of a defensive driving school after a DUI conviction may help reduce the points against a driver’s license. Some states even offer this benefit to drivers who have not been charged with a DUI, but wish to improve their driving records. Often, there is a limit on how many points can be deducted, but these classes still benefit all drivers because they help drivers understand or remember things they may have forgotten since first learning to drive.

When ordered to attend defensive driving class after a DUI conviction, there is a cost involved. In addition to the money, the offender will need to take time out of a busy day to actually attend the class. Usually 4-8 hours in length, many are offered on the weekends and some states even allow online participation. After attending a defensive driving class or driver improvement class, you are issued a certificate of completion which must be submitted to either the court or the department of motor vehicles. After a DUI, failure to comply with any of the court-ordered penalties could result in more fines and jail time.

Defensive driving classes take time going over how drugs and alcohol impair drivers, DUI statistics, and the state’s laws regarding DUIs. Since so many avoidable deaths are the result of drinking and driving, this information is offered with the hopes that it will encourage people to make safer choices when drinking. We all take a big risk every time we get into a motor vehicle and it is important that we are all aware of how our lifestyle choices impact that risk.