The High Cost of a DUI 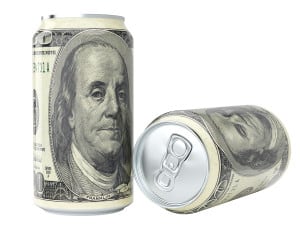 What begins as a fun night on the town can end up costing you thousands of dollars if you aren’t careful. Part of drinking responsibly is making sure you have a safe way home, but if you choose to risk your life and the lives of others by getting behind the wheel afterward, that could become the most expensive night of your life. Many people don’t think about the cost of a DUI (driving under the influence) conviction, but they should. Besides the embarrassment and time lost, a DUI could easily set you back $10,000 when all is said and done.

Of course, people usually think of the fines that come with breaking the law and the fines of a DUI conviction can be rather hefty. Depending upon several factors, including your alcohol level at the time of arrest and the number of previous DUIs you have had, fines alone can get you into the $10,000 range. It’s important to note that the cost of a DUI does not begin with fines, though. In order to be released from jail after the arrest, you will have to pay bail. Bail fees can range from $150-2500 and the longer you sit in jail if you are not able to bail yourself out, the longer the vehicle you were driving is sitting in jail, too.

When you are arrested for a DUI, your vehicle will be impounded and there are daily fees associated with that. There is the initial fee and then daily storage fees that add up the longer the vehicle stays on the lot. Once you are able to get your vehicle out of the impound lot, you can count on your insurance rates going up. A DUI is a serious driving infraction and part of the cost of a DUI is the increased insurance premiums you can expect. There are fees associated with this, as well, since a DUI conviction will likely result in the need for a special type of car insurance. It costs to get that ball rolling and the additional costs can range from $2000-6000.

Many states force drivers convicted of DUIs to take alcohol education and treatment classes, which also adds up. Nothing is free in the world of a DUI conviction. These classes, which are necessary in order to be in compliance with the court and get your driving privileges reinstated, can cost up to $2000. When you also add in an order to install an ignition interlock device and attorney costs, you would be lucky if all you end up paying after a DUI is $10000. The cost of a DUI is no small change and when it is compared to the cost of a taxicab, you should know to think twice before drinking and driving.