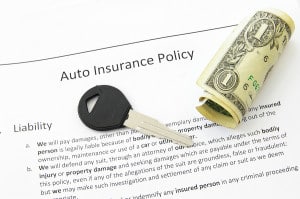 Getting caught drinking and driving can result in a lot of problems. The vehicle of the offender may be confiscated; there may also be jail time, fines, or a court order to install an ignition interlock device on every vehicle operated by the individual. Most people convicted of driving under the influence (DUI) face suspension of their driver’s license and must take certain actions before it can be reinstated. DUI convictions involve special restricted driver’s licenses when ignition interlock devices are ordered and, generally, in order to receive a restricted license, the offender must prove financial responsibility.

Part of proving to the state that an offender is financially responsible to drive, again, is obtaining an SR-22 and FR-44. Both are certificates provided by insurance companies to inform the state government that the driver has auto insurance coverage in a sufficient amount. People who are ordered to get SR-22 and FR-44 certificates will have to pay more than other drivers due to their criminal driving behavior in the past.

These two certificates perform a similar purpose, but reflect a difference in offense. An SR-22 is required for someone who has broken a variety of driving laws, while an FR-44 indicates the driver not only broke a law but caused an injury in the process. An offender who must file an FR-44 certificate will need to pay double the state’s minimum insurance requirements. Currently, the FR-44 is only used in Virginia and Florida.

Filing an SR-22 usually does not cost a lot of money, but the cost of the required insurance can be hefty. Depending upon the state and the individual’s DUI history, an SR-22 certificate may need to be filed anywhere from three years to the rest of the offender’s life. The individual does not need to own a vehicle to be placed under this restriction. There are special insurance plans for offenders who need to file an SR-22 but do not own their own vehicle. This is applies to both the SR-22 and FR-44.

Only eight states do not have an SR-22 requirement. They are: North Carolina, New York, New Mexico, Oklahoma, Minnesota, Pennsylvania, Delaware, and Kentucky. All other states not only have an SR-22 certificate system in place, but they may also have specialized versions, such as the FR-44 and the SR-22A. The SR-22A differs from the regular SR-22 in that, with it, the offender must pay a full six months in advance. These documents are important for the security of others on the road, however, are only one aspect of the costs of a DUI that make drinking and driving an unwise decision.