A DUI Costs More than You Think

You are here: Home / General Information / A DUI Costs More than You Think
March 4, 2013 by Editorial Staff 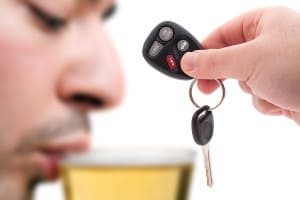 In this day and age, we know that just about everything has a cost associated with it. Sometimes, we are happy to make the payments and sometimes we are simply caught off-guard. There are many costs associated with driving under the influence (DUI) and for some of us, knowing what they are may discourage us from getting behind the wheel after that last drink. DUI costs range from attorney fees and higher insurance premiums to ignition interlock device charges and license reinstatement fees.

The first cost many people may associate with a DUI is the attorney. DUI attorneys are not cheap, as they must be aware of the nuances of DUI laws and codes for the states in which they practice. Attorneys for DUI clients may have a difficult road ahead of them and it can take a lot of work to make sure their clients are awarded the best judgments.

In most states, a DUI conviction leads to a loss of driving privileges. This, in itself, can cost a person in many ways, including loss of employment. However, there are many costs associated with this loss that people may not think about. For instance, many states require a DUI offender to pay license reinstatement fees once the license suspension or revocation period has ended. In addition to those fees, the offender may have to pay extra money for certain types of insurance that prove financial responsibility to the courts. If ordered to install an ignition interlock device, DUI costs may include the fees associated with obtaining a restricted license.

As many people have learned, a DUI conviction is expensive. In the end, it costs more to be convicted of a DUI than it does to call a cab after enjoying a drink or two. In addition to attorney fees and license restrictions, DUI costs often include fines for violating the law and bail money to get released from jail or prison. Making the decision to drink and drive is like throwing money out of a window on a windy day. DUI costs add up fast and spending that money doesn’t move you forward in life.