The Depression of a DUI

You are here: Home / Resources / The Depression of a DUI
February 17, 2014 by Editorial Staff 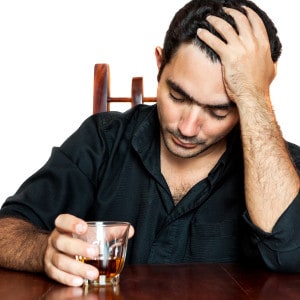 Some may wonder if depression may have led to a person’s poor choice to drink and drive, especially as alcohol is commonly used in times of sadness, anxiety and stress in order to cope with the struggles of life. While it is a common theme, there is also another aspect of depression and a drunk driving conviction that many people do not consider – the depression after being convicted of a DUI.

A DUI conviction is a serious matter that not only requires financial and time obligations, but, it also has a stigma that can affect work and personal relationships. Once a person has made the choice to drive drunk, he or she is looking at much more than court costs, a criminal record and even the mandatory installation of an ignition interlock device. That person will also have to live with the conviction for several years, including the embarrassment and shame of putting the lives of others at risk.

Employers are commonly running background checks on potential employees, and a DUI conviction could be the deciding factor in awarding a job or promotion to someone with a clean record. Family members may be affected by the conviction, as well, putting more pressure on the offender as she or he copes with the consequences of such dangerous actions. All of this can add up to a very low, depressing time in a person’s life, which can further exacerbate the underlying issue that caused the person to drive drunk in the first place.

When it comes to depression, or highly stressful times of life, one of the worst decisions a person can make is to drink and drive. A DUI conviction is a serious matter, and cleaning up the mess that those actions make can increase the feelings of sadness, being overwhelmed, and general malaise with life. Always make responsible choices when drinking, especially when life makes things hard. A DUI conviction is the last thing a person needs when under the stress, depression and anxiety of life.

Previous Post: ← What to Do When You Suspect a Drunk Driver
Next Post: New PA Ignition Interlock Laws →