What is the Difference Between a Felony or Misdemeanor DUI/DWI?

You are here: Home / Law / What is the Difference Between a Felony or Misdemeanor DUI/DWI?
June 21, 2013 by Editorial Staff 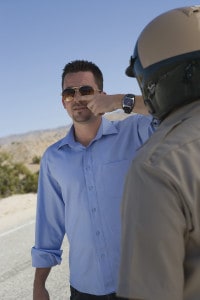 We normally consider misdemeanor charges as less of a big deal than felony charges, but all criminal convictions are a big deal. While any sort of criminal conviction should be avoided, misdemeanors are not likely to have as big of an impact upon your life as felonies. Many job applications still ask for information about former arrests and misdemeanor charges, but more companies have moved on to bigger fish. They will, however, want to know if you have any felony charges and will do a criminal background check on you to verify your answer.

The first thing that makes felony DUI convictions a little more frightening than misdemeanor convictions is that the person is sent to prison after sentencing. The sentence is usually for a year or two and then the person is on probation and must report to a probation officer regularly. At the felony level, all states require use of an ignition interlock device once driving privileges are reinstated. Another difference between felony and misdemeanor DUI convictions is that felony convictions stay on your criminal record longer, negatively impacting housing, education, and job opportunities.

DUI arrests that involved personal and property injury, death, or minor children are more likely to result in felony convictions. Also, some states take into consideration the individual’s blood alcohol content (BAC) level at the time of arrest when deciding between the felony or misdemeanor charge. Convicted felons experience many inconveniences upon release from prison and that varies according to state, as well. Certain states, like Florida, provide lots of social and civil inconveniences after a felony conviction.

It is best to never drive after drinking, but we all make mistakes every now and then. Neither a felony nor misdemeanor DUI is something you want for yourself. The best thing to do is to always get a sober person to drive you where you need to go when you have had a drink or two. That way, you never have to worry about how a misdemeanor or felony DUI conviction will affect your life.

Previous Post: ← A Positive Spin on Lower BAC
Next Post: Coping with the Long-term Effects of a DUI →