Does My State Mandate an IID with Camera?

You are here: Home / Law / Does My State Mandate an IID with Camera?
September 22, 2016 by Editorial Staff 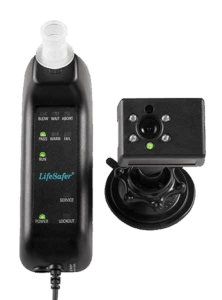 Drunk driving isn’t the same these days. Given that we all know there’s a choice involved when we get behind the wheel after drinking, each state takes it a lot more seriously; with high fines, court costs, community service and an ignition interlock device (IID) requirement for almost all types of convictions. Not only that, but people trying to circumvent the devices have caused even more serious actions, like the addition of an IID with a camera requirement in many states.

An IID with a camera makes it impossible to fake out the device by asking a friend to submit a breath sample.

Washington State and Virginia are two states that require an IID with a camera, no matter the circumstances of the DUI, numbers of convictions or other disposition of the offender. In other states, the interlock with a camera can be ordered by a judge, but they are not required by that state’s laws. An IID with a camera, no matter the law or order of the court, ensures all parties involved that the person who is driving is also the same person who submitted the initial blood alcohol concentration (BAC) sample. It takes sober driving a step further by recording the face of the person submitting that sample during the start-up test and any rolling re-tests that occur.

Your state may or may not mandate the IID with a camera, just like your county may have its own policy regarding the type of device you are allowed to install. No matter which device you may need, the choice that was made to drive was serious enough to require any future driving to be monitored. With an interlock device, you may not feel much like smiling for the camera, but keep in mind that you’re doing your part to resolve the mistake you made and drive off into a happy future.