Why Don’t Bars Have Breathalyzer Tests?

You are here: Home / Opinion / Why Don’t Bars Have Breathalyzer Tests?
November 12, 2015 by Editorial Staff 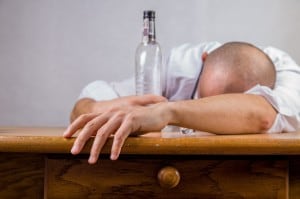 Sometimes, the solution seems so clear, so simple… like it is staring us right in the face. We know that driving while intoxicated is dangerous, and it is pretty common for that intoxication to occur while drinking at a bar. So, why can’t bars be more responsible for their alcoholic beverage services? Don’t breathalyzer tests make more sense before someone has a chance to even get into their vehicle, if they have been drinking? We stop people from shoplifting with alarms at the exit doors, breathalyzers in bars could be no different!

Problem solved… lets move on into a safe world without drunk drivers!

Actually, it is not quite that easy. Putting a breathalyzer into a bar cannot stop a person from drinking and driving, and there are already plenty of bars that have breathalyzers – they are just typically used for entertainment purposes or ignored completely. In some states, a bartender or the owner of the establishment has little to no legal authority to stop a person from driving while intoxicated. There is an ethical imperative, of course, but, once a person heads out of the door with a high blood alcohol concentration (BAC), their “personal freedom” allows them to start their vehicle and drive and there is not a breathalyzer, bar bouncer or a person who can stand in the way. Other states that have “dram shop” laws can hold a bartender accountable for a drunk driver, but, those laws do not require a breathalyzer to determine a patron’s BAC.

The good news is that most drunk drivers are caught before they can do any damage. They are arrested and convicted of their crime, and they face consequences for their “personal freedom” – including a car breathalyzer or ignition interlock requirement. That little gadget can do what nobody else can – it can stop a person from becoming a drunk driver better than anything.

Putting breathalyzers in bars is a great idea – it just will not have the same effect as a breathalyzer in a car. Until that happens, we can only help our friends make better choices when drinking, and make the same commitment to sober driving, ourselves.