Don’t Mess with a Felony DUI in New York 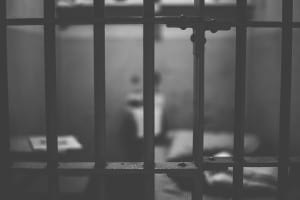 Realistically, nobody sets out to confront the law and drive under the influence of alcohol. Most of the time, a person doesn’t realize just how intoxicated they are, and either it’s a first (and only) error in judgment or, they’re almost functional with high levels of alcohol, they don’t understand the difference between sober and drunk driving. But, in states like New York, neither of those reasons hold any water in court, and if you’re caught drinking and driving, you might also be looking at a felony DUI charge.

Felony DUI charges in New York can occur for the following:

On top of a felony charge for more than one drunk driving incident, any DWI offender will be required to install and maintain an ignition interlock device. These devices help to ensure that a person with any number of felony or misdemeanor DWI charges and convictions are unable to continue their pattern of destructive and potentially deadly behavior. Even in New York, where the drunk driving laws are some of the toughest in the country, there are still plenty of offenders who drive illegally without an interlock, causing the penalties to rise for second, third or any multiple DWI/DUI offenses.

Whether you fall into the one-time DWI mistake, or the habitual DWI offender, the promise of a felony DUI conviction should be enough to take any penalties seriously, including your ignition interlock. In fact, once you have an interlock requirement, it can be your best tool to learn how to have healthy habits with drinking, and refusing to drive after a night out. That way, you avoid the felony DUI and all that comes with it for life.