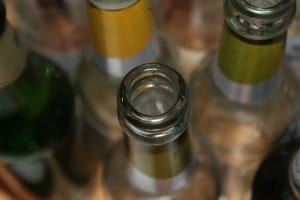 Alcohol is the number one factor in a drunk driving incident, whether that ends in a criminal conviction or a fatal accident. So, when you see a person in the passenger seat of a car, sipping from a can of beer, you are probably thinking what everyone else is: that person has a designated driver who is 100 percent sober. That open container of alcohol has not been tasted by the driver. That driver is perfectly okay to drive. Or, you may see the reality of that situation – that the driver may be drinking beer, too.

In states like Missouri, Arkansas and Virginia, that open container is perfectly legal for a passenger to have, because those state laws reflect a faith in the driver of that vehicle; that the driver is not drinking. Missouri recognizes the ability of a driver to refuse to consume alcohol while drinking, even if it sits in a cup holder, within reach. These “open container” laws only apply if the driver has passengers in the vehicle – evidently, that same beer takes on a different set of rules when the driver is alone.

Most of the other states in the U.S. do not allow any open containers of alcohol in vehicles, sending a strong message about the level of temptation those beverages could hold for the driver. Realistically, while these “open container” laws allows for a the “personal responsibility” factor of the driver… Missouri law enforcement could see that open container, and your passenger, as “probable cause” to see if you are intoxicated. From there, Missouri will take steps to ensure that you understand your mistake in having an “open container,” charge you with a DUI if you are, indeed, drinking and driving, and you could end up with a DUI conviction, ignition interlock and more.

You can trust a designated driver pretty far, but, when a can of temptation is within reach (and legal), you are allowing another person to put your life at risk. Even in Missouri, with the “open container” laws, keep the alcohol in closed containers and out of reach:  your health and well-being is worth more than a joy ride while drinking.