Caution: Driving After a Night of Drinking

You are here: Home / General Information / Caution: Driving After a Night of Drinking
November 21, 2012 by Editorial Staff

When a DUI offender is convicted, many states require the installation of an ignition interlock device on the offender’s vehicle. These devices ensure that the driver is not operating the vehicle while under the influence of alcohol, helping to save lives and combat the problem of DUI recidivism across the country. The device, however, does not prevent a person from consuming alcohol, but is a method to help change the behaviors associated with drinking and driving. 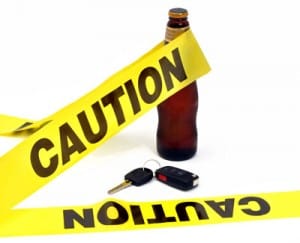 Ignition interlock devices are able to detect the blood alcohol content (BAC) of a person through a “breath test” of the offender. Blood alcohol content is measured to ensure that the driver is able to safely operate the vehicle, whether alcohol was consumed within an hour of testing, or even several hours before. These devices help ensure the safety of our roads, and enable an offender to resume the normal activities of life, such as maintaining employment and fulfilling social and family obligations. As such, many offenders are satisfied with consuming alcohol safely, by staying home or appointing a designated driver.

After a night of drinking, however, it is still possible that a person’s BAC is too high to safely operate a vehicle and an ignition interlock device can detect alcohol that was consumed even the night before. Since the metabolism of alcohol can depend on several factors, such as gender, body weight and the amount of alcohol consumed, it is always safest to assume that any alcohol consumption the night before can affect a breath test the next morning. In order to remain safe and follow the guidelines of a DUI conviction, all offenders with an IID are encouraged to wait until there is no chance of alcohol remaining in the blood stream before operating a vehicle.

With shocking statistics regarding habitual drinking and driving, as well as the dangers of driving under the influence, even the most careful DUI offender can be held responsible for a night of drinking, well into the next day. Always be sure to drink responsibly, and eliminate the problems that can be caused by driving the day following a night of alcohol consumption.