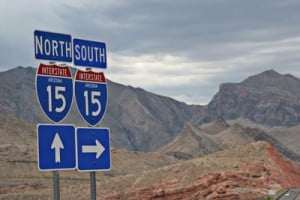 Driving under the influence of alcohol is a problem across the country. With 1.41 million drivers arrested in 2010 for driving under the influence, the mandatory installation of ignition interlock devices in vehicles is saving lives each day. When a convicted DUI offender is ordered to install an ignition interlock device in a vehicle, that person is responsible for not only consuming alcohol safely, but also following legal guidelines related to the device itself. Most offenders readily comply with these regulations, but situations can occur where compliance becomes difficult, especially when it comes to the laws in different states.

If a convicted driver is compelled to move to another state during the time period in which an ignition interlock device is ordered as a result of a DUI conviction, the driver must still maintain compliance with the state in which the offense occurred. As part of the ignition interlock system, a monthly data report must be submitted to the original state by an interlock service center. These centers can be in any state, as long as the data is transmitted to the state where the offense took place.

As a word of caution, trying to circumvent a DUI sentence that includes the mandated installation of an ignition interlock device will only increase the fines, penalties and possible jail time associated with the DUI conviction. Whether moving to a new state while under the restraints of an ignition interlock device, or not reporting the data to an out-of-state agency, the risks involved will only increase the chances of further DUI penalties for the convicted offender, regardless of where he or she resides.