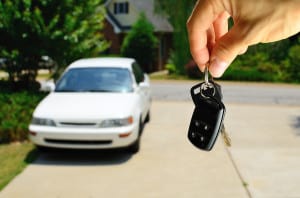 Some states give special exceptions to drivers ordered to install ignition interlock devices. These exceptions generally pertain to offenders who drive company-owned vehicles on their job and offenders who own multiple vehicles. What the exceptions are, how they are applied, and who may receive them is left to the courts to decide. When exceptions are allowed, other stipulations are usually put in place, such as having the driver carry a notice stating the individual is ignition interlock restricted. Such a stipulation is usually for the operation of company-owned vehicles. This exception does not pertain to car rentals and some states expressly forbid courts to allow the exception for work vehicles.