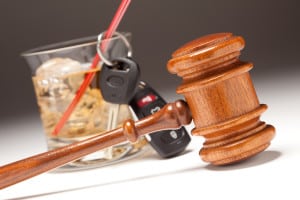 Preventing ignition interlock circumvention begins with understanding the ways people have attempted to go around them in the past. Common circumvention methods include driving non-interlocked vehicles, trying to remove the device, and using another’s breath for the test (human and non-human). The United States Department of Transportation’s National Highway Traffic Safety Administration (NHTSA) has study results showing that the use of ignition interlock devices works to reduce recidivism, so it is important to prevent their circumvention.

One of the ways some states are preventing ignition interlock circumvention is by “rolling retests”. This involves requiring the driver to blow into the device during random times while the car is running. The driver is alerted to when the retest is required through sound and digital displays and usually has six minutes to pull over and submit a breath sample. If the driver fails the retest, the vehicle’s horn will beep and/or the lights will flash to alert an officer. The main purpose of running tests is to make sure the driver of the vehicle is actually sober and did not circumvent the ignition interlock device by having another person breathe into it.

Other states synchronize a digital camera to the blowing action in order to capture evidence of who is blowing into the ignition interlock device. An added advantage is that a person needs to be taught to blow properly into the device, thereby preventing ignition interlock circumvention by way of assuming an inebriated person would have difficulty teaching a sober person how to perform the act correctly. The devices also have temperature and air gauges in order to keep people from simply using compressed air as a way of circumventing them.

Technically, cars can be “hot wired” to bypass the breath test; however, this will result in an early service recall and possibly cause the vehicle’s horn to beep and the lights to flash, as well as logging a violation into the device’s database. Service recalls are required about once per month in order to download the information stored within the devices.

There are other ways of preventing ignition interlock circumvention and device manufacturers update features regularly. These devices not only help to keep drunk drivers off the streets, they have also been shown to lower recidivism rates. This ability to help lessen the incidence of repeat offenders is one of the great benefits of ignition interlock devices, making the ability to prevent circumvention a national priority.