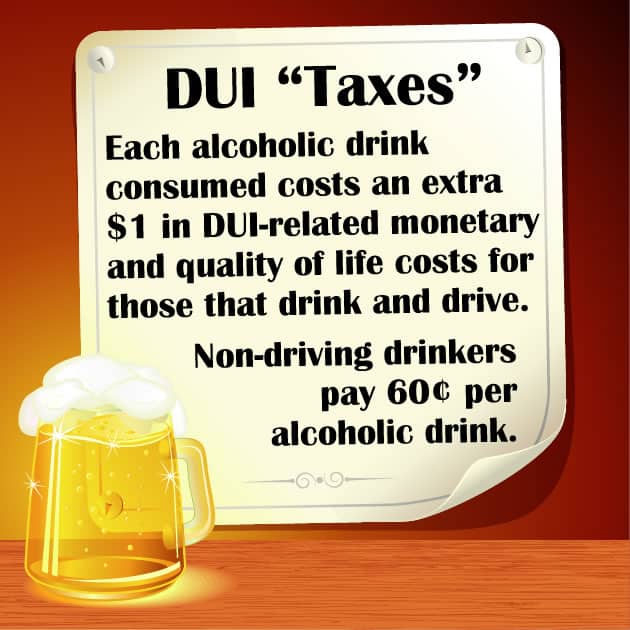 In 2000, the NHTSA developed formulas for estimating the true number of vehicles being operated by drivers under the influence of alcohol. That year, there were over 2 million alcohol-related crashes that killed 16 thousand people, and injured over 513 thousand people, accounting for 26% of all vehicle crashes.  When crunching the numbers, the extra cost of each alcoholic beverage consumed, as related to the monetary and quality of life costs associated with a DUI is $1 for drinkers who drive and 60 cents for non-driving drinkers.