Drugs, Alcohol, DWI? Missouri Counts it ALL against You

You are here: Home / Law / Drugs, Alcohol, DWI? Missouri Counts it ALL against You
May 19, 2015 by Editorial Staff 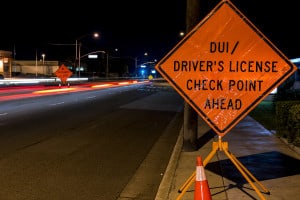 An intoxicated driver can come in many forms, all of which are dangerous. Even worse, however, are those offenders with more than one “intoxicated” conviction, regardless of whether they had too much to drink or were under the influence of drugs. Missouri, like many other states, doesn’t see multiple “intoxicated” offenses as separate from each other, and if you rack up a DWI, DUID or BAC conviction in the state, your next mistake shouldn’t be trying a different “path” to intoxicated driving.

A first-time conviction for DWI, DUID or BAC in Missouri will result in you losing your license for 90 days, among other consequences. It is true that you may be eligible for a restricted license if you install an ignition interlock device, but, you’re still not free to drive without being monitored for sobriety. If you keep on driving while intoxicated, under the influence of drugs or have too much alcohol in your blood, you’re up against even more time with a restricted license and ignition interlock, plus more money out of your pocket, possible jail time and more. It doesn’t matter which conviction you get, either, they’re all adding up and the sum total of your actions is plenty of money, time and energy lost… when you could just drive while sober.

At some point, once you are convicted of multiple “intoxicated” charges like a DWI, DUID or high BAC in Missouri, your life will begin to revolve around keeping you sober while driving, as well as other aspects of your life. Risking the safety of others is a serious crime in Missouri, and across the U.S., and at some point, those convictions can all just blur together… much like the nights that led you to them. Nobody is going to count your sobriety against you, and when you drink responsibly and stay away from drugs, you get to wake up the next day knowing that you are free to drive without the limitations of any kind of “intoxicated” conviction in your path ahead.