Drugs and the DUI Process

You are here: Home / Resources / Drugs and the DUI Process
March 29, 2013 by Editorial Staff 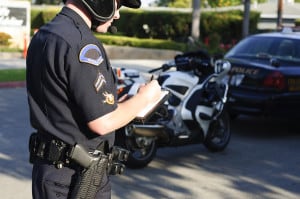 Convictions of driving under the influence (DUI) carry a lot of consequences and when most people think about DUIs, alcohol comes to mind. However, DUI convictions also include driving under the influence of drugs. When an officer pulls over a person suspected of driving under the influence of either alcohol or drugs, the procedures are generally the same. If the driver displays dangerous driving symptoms, the officer will first perform the standard breath test to check for alcohol intoxication. If the driver has no blood alcohol concentration (BAC) to worry about, testing for drugs is the next step. When testing for DUI and drugs, an officer will need to perform a urine or blood test. Just as when getting pulled over for suspected alcohol inebriation, if the driver refuses the tests, an immediate arrest will be warranted.

Convictions of DUI and drugs are different than with alcohol in one major way: DREs. DREs are Drug Recognition Experts and during the trial for the DUI arrest, one will be called to testify against the driver, along with the arresting officer. Since identifying a person under the influence of drugs requires more skill on the part of the officers than identifying someone under the influence of alcohol, a DRE is called in to help investigate. Without the presence of a DRE, most cases involving DUI and drugs do not result in convictions. The DRE’s evaluation process has twelve steps and DREs are trained to be able to detect the influence of drugs at low levels and to distinguish among the class varieties of drugs.

The twelve steps of the Drug Recognition Expert’s evaluation process are:

The drugs involved in these cases are not always illegal drugs. Pharmaceuticals and over the counter medications can also impair a driver and they are tested for, too, in a DUI arrest where drugs are suspected.

In most cases, the aftermath of a DUI and drugs conviction is the same as a “per se” or alcohol conviction. The driver will be charged and punished according to factors such as age, level of impairment, damage caused, number of previous convictions, and so on. DUIs are never worth the trouble, so it is always best, whether a person has been drinking or taking drugs of any sort, to simply refrain from driving when ingesting potentially dangerous substances.