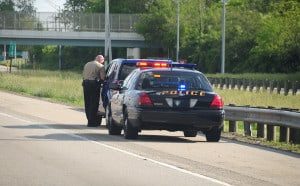 When a driver is pulled over by an officer due to a suspicion of driving under the influence (DUI), the officer may request that the driver participate in field sobriety testing. This testing is used to validate or invalidate an officer’s suspicion of DUI and is often recorded by the camera mounted in the officer’s vehicle. Field sobriety testing and traffic stops are sometimes a controversial topic because drivers don’t always understand when it is okay for an officer to perform field sobriety testing and when it is not. In general, officers may only perform the testing during a traffic stop if there is at least a suspicion of DUI. Suspicion is more than just a hunch; the officer must have witnessed erratic driving behaviors, smelled alcohol, or seen other signs that the driver seems to be under the influence of alcohol or drugs.

While field sobriety testing and traffic stops are not inherently connected, an officer that has a reasonable suspicion of DUI has the right to arrest anyone who refuses the tests. Field sobriety testing most often includes three tests: the Horizontal Gaze Nystagmus test, the walk and turn test, and the one leg stand test. The Horizontal Gaze Nystagmus test checks for jerking of the eye and the ability of the eyes to smoothly follow a moving object. The walk and turn test checks for the ability to perform activities that are both mental and physical, something impaired people have a problem doing. The one leg stand tests balance.

Many times, officers will not be able to test for blood alcohol levels during the traffic stop. Those tests may not be administered until the driver has been arrested and taken to the police department. However, field sobriety testing and traffic stops make a wonderful combination because the testing is accurate about ninety percent of the time without making use of breathalyzers or chemical tests. The testing is cheap to administer and provides trial evidence, if needed. While every traffic stop does not warrant field sobriety testing, the ones that do are well worth the effort.