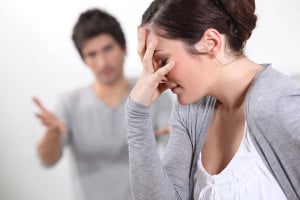 When states enact innovative programs to cut down on drunk driving, they may notice other areas of life are affected, as well. Such has been the case in South Dakota. Since the state’s 24/7 Sobriety Program began in 2005, close to 25, 000 people have participated in the program. In fact, almost one out of every 10 males has been a part of the 24/7 Sobriety Program in some South Dakota counties. The program has successfully reduced the number of DUI repeat offenders by 12%. There has also been a drunk driving and domestic violence connection, because the number of domestic violence offenses has decreased by 9% over the same period of time.

Alcohol is the root of all drunk driving incidents, but it is also at the root of many instances of domestic violence. Because of the connection between violence and drinking, it should come as no surprise that domestic violence reports would go down as people got their drinking under control. In South Dakota’s 24/7 Sobriety Program, offenders agree to regular alcohol monitoring instead of going to jail. The offenders must be tested twice each day to prove their sobriety or they must wear alcohol-monitoring bracelets. Another option is for offenders to test their alcohol levels through the ignition interlock devices installed in their vehicles.

For the first five years of the Program, the pass rate was 99%. This means that participants were taking the Program seriously and actually stayed sober during their participation. For some, that means that the drunk driving and domestic violence connection was glaringly obvious. Once some offenders stopped drinking, their likelihood for domestic violence drastically declined. This should not be too surprising, as the relationship between inebriation and heightened incidents of violence is well documented. While not every domestic violence situation is brought on by drinking alcohol, the connection is there.

South Dakota’s 24/7 Sobriety Program also noted a slight decrease in the number of motor vehicle crashes among males ages 18-40. Due to the overwhelming success of the Program, North Dakota and Montana now have their own versions. It is the aim of these kinds of programs to reduce DUIs by holding offenders responsible for their behaviors and, hopefully, these behavioral changes last beyond their participation in the Programs. It is also a relief to see that programs that help reduce DUIs also have other social benefits, such as a decrease in domestic violence. Programs like this are truly a win-win situation.