Drunk Driving Won’t Sober You Up

You are here: Home / News / Drunk Driving Won’t Sober You Up
February 9, 2017 by Editorial Staff 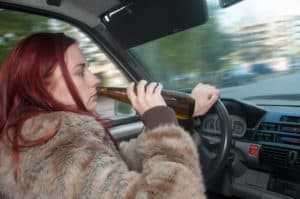 A cautionary tale is an accepted form of cultural mythology, one that demonstrates right and wrong in our decision-making processes. Nobody is perfect, and we all get things mixed up in our heads from time to time. Sometimes, we have the best of intentions and then have a few too many drinks, rendering those cautionary tales into mere suggestions, or that may be what this woman felt as she tried to sober up by… driving.

Spoiler Alert: Drunk driving will not make you sober. It doesn’t work like that.

The best, number one, foolproof way to get sober if you’ve been drinking is to stop drinking and let your body fully metabolize the alcohol. While that happens, you’ll probably have a little spare time on your hands. Instead of risking lives and trying to drive while under the influence of alcohol you could:

If you’re that intent on being a sober driver, then you should do everything in your power to ensure your body is alcohol-free. The woman who took a drive to sober up risked more than a DUI and ignition interlock requirement, she risked the lives of others on the road. It seems a nice nap would have been a better option for everyone involved.