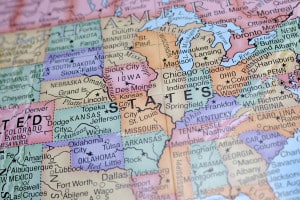 Although the U.S. has moved beyond its era of legal prohibition of alcohol sales, there are still several counties, towns and townships that have laws regarding the sale of alcohol. Referred to as “dry” or “moist,” when it comes to the sales of alcohol, there is an understandable amount of confusion and controversy over these laws and how they can affect drunk drivers.

Dry counties, towns and townships do not allow the sale of alcoholic beverages in any form, even including restaurants and other dining establishments. This modern prohibition is generally attributed to religious attitudes and feelings against alcohol. In 2012, there were more than 200 dry counties reported in the U.S. For areas with less strict alcohol controls, such as the inability to purchase alcohol on certain days or restricted hours on Sundays, for example, the number is much higher. However, just because an area limits or completely restricts the sales of alcohol, there are no laws against the consumption of these beverages for adults who have reached age 21.

With large areas defined as “dry,” or, “moist,” concerns over the restrictions can be applied to the dangers involved with drinking and driving. Essentially, if a county or town does not allow alcohol sales, a person still has the ability to drive to a “wet” area and consume alcohol. This means that there is a higher likelihood that the person will consume alcohol before returning home, and the distance involved in driving back from a “wet” area can increase the chances of an alcohol-related accident, injury or fatality, if the driver has been drinking. In addition, there can be concerns with open container laws and child endangerment.

Restricting the sale of alcohol does serve a benefit to reducing the rates of drinking and driving, but, it is also a double-edged sword. With limits on the availability of alcohol, less people are likely to drink “just a few” before driving home, reducing the chances of a DUI/DWI or other alcohol-related crime. Those who wish to drink alcohol will find a way to purchase and consume their favorite beer, wine or liquor, even if it means they drive a further distance to their intended beverage, and then take the risk of driving while intoxicated in order to return home.