DUI Child Endangerment and Your IID

You are here: Home / General Information / DUI Child Endangerment and Your IID
September 29, 2016 by Editorial Staff 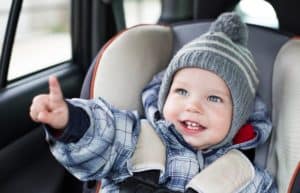 Endangering a child is one of the worst crimes imaginable. Driving under the influence (DUI) with a child present shows a true lack of consideration for the mental and physical safety of a child – someone who really has no choice but to be driven around by an intoxicated adult. DUI child endangerment laws are the result of too many kids being killed or injured at the hands of an adult who didn’t call for a safe ride home. In many states, those laws include an ignition interlock requirement if you are found guilty, even for a first offense.

Not only that, but in states like Oklahoma, Mississippi and Texas, DUI child endangerment is also a guaranteed felony conviction, regardless of an offender’s criminal record. A felony will affect your life forever, even if no one was harmed and your only crime was driving under the influence with a child in the vehicle.

As adults, we are tasked with helping children grow into healthy and responsible adults. That task is never clearer than when we’re tempted to drive after a few drinks, whether kids are present or not. Being an example for others means we don’t drink or text and drive, and we keep our seat belts fastened at all times. An ignition interlock is a consequence for those adults who have made a choice to drive under the influence of alcohol. The device is also a way to ensure that children who cannot choose their driver are protected from any further drunk driving incidents.

Previous Post: ← Driving on a Suspended License in MD
Next Post: Would You Rather: IID or License Suspension? →