DUI Danger: Can You Get Drunk on Goldfish?

You are here: Home / Offbeat / DUI Danger: Can You Get Drunk on Goldfish?
August 24, 2017 by Editorial Staff 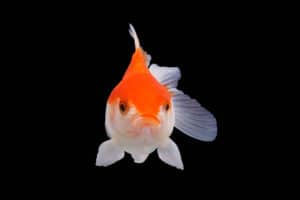 People make a lot of excuses for their dangerous DUI behavior. Out of those excuses, food seems to be one of the biggest reasons people give for drinking and driving. When asking why a DUI suspect may be over the legal limit, or why there was a problem with an ignition interlock test, some swear their wine sauce must have left a trace of alcohol in their breath sample. Others point to the beer battered fish dinner that was eaten right before being pulled over by law enforcement. Now it seems that there could be a new twist on the fish tale, quite literally, as science reveals the alcohol content present in goldfish: you can technically get drunk on goldfish.

As suspected, goldfish (not the crackers) produce the same type of alcohol we humans drink.

What this means is pretty simple, you should be cautious when consuming those aquarium staples. Being drunk on goldfish is pretty much like being drunk on anything else: you lose your inhibitions, you feel warm and fuzzy and eventually, those good feelings give way to a certain queasiness. Of course, that stomach-churning nausea could be a numbers game. In order to get drunk on goldfish, you would have to consume a pretty big pond filled with the little swimmers. Science warns us that even though goldfish are now a known intoxicant, you would have to eat around 16,000 of them to experience the same effect as a pint of five percent ABV beer. No wonder you feel queasy.

The same measurement holds true for beer battered fish (or chicken) or any foods cooked with alcohol. The amount you would have to consume to have a measurable blood alcohol concentration (BAC) is so high you’d likely have other digestive problems before intoxication became a concern. Conversely, the small amount of alcohol you are digesting through beer batter, goldfish or a nice chicken marsala will not be a reasonable excuse for your DUI or a failed ignition interlock test.

If getting drunk on goldfish is part of your weekend plan, we ask you to rethink your plans… for the sake of the fish in your path, and the other drivers you may encounter on your ride home.

Previous Post: ← The Heat is On: Missouri Drive Sober or Get Pulled Over
Next Post: What’s the Best Way to Manage a Second New Mexico DWI? →