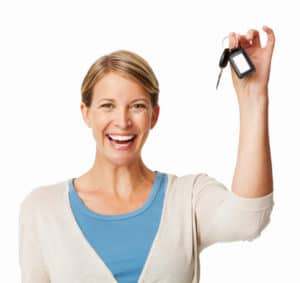 When it comes to DUI, leave it to Florida to have some fantastic headlines. Maybe it is the heat or the vacation feel of the state that leads more people to DUI driving. What may be most striking is that these recent headlines all have one thing in common: Florida women and DUI driving.

First, there was the DUI driver who has a special menu suggestion for law enforcement officers during her arrest. Then, there was the 83-year old woman who admitted she was drunk on white wine, later testing well past drunk at a .21 percent blood alcohol concentration (BAC). Finally, there was the woman who was found asleep on the hood of a vehicle after a suspected DUI crash. Women who drink too much in Florida used to be a spring break joke, but when that same behavior puts lives in danger, we should consider better ways to get the message across.

Women may not be convicted of DUI at the same rate as men, but they do have higher risk factors for drunk driving. Women have smaller bodies and statistically cannot drink as much as men because of the difference in size and metabolism. Also, women tend to mix their drinks with diet sodas, a combination that increases the effects of intoxication. Those cocktails or the “skinny” varieties of drinks for women also encourage women to drink more, because they are consuming “fewer” calories. It all adds up to a higher chance of a DUI.

Those headlines may have just been a rapid series of coincidences, or an indication that more women need to understand how their drinking can quickly turn dangerous. Florida doesn’t have to be a laughable series of stories, but it could be a quick lesson in the importance of driving sober, no matter the gender behind the wheel.