DUI in Florida: Are Senior Citizens at Risk?

You are here: Home / Resources / DUI in Florida: Are Senior Citizens at Risk?
August 18, 2014 by Editorial Staff 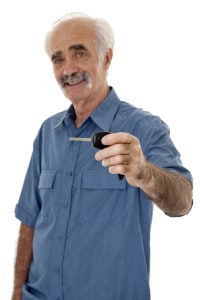 As the infamous “Baby Boomer” generation begins to retire and enjoy the perks that a lifetime of hard work and experience can bring, there are indications that age does not always cultivate wisdom, especially when it comes to drinking and driving. In states like Florida, for example, 17.3 percent of residents were over the age of 65, according to the 2010 U.S. Census. The retirement lifestyle in Florida combined with a lower cost of living and warm temperatures all continue to attract more Boomers and senior citizens, but, is that large population increasing the likelihood of being convicted of DUI in Florida?

The risk of a DUI in Florida for senior citizens can come from several factors, including:

In addition, a CDC study has found that senior citizens tend to binge drink more often than younger drinkers, while AAA has stated that by the year 2030, 1 in 5 U.S. drivers will be over the age of 65. Because binge drinking often leads to a drunk driving incident, these two statistics alone can be enough reason to believe DUI in Florida may soon affect the senior citizen population at higher numbers than in the years prior.

Understanding the effects of alcohol on senior citizens, whether in Florida or any other “retirement state,” can help create awareness of a potential problem and promote safe drinking habits. From retirement communities to golf courses or even a day on the beach, no senior citizen should ever risk a DUI in Florida.