I Failed My Interlock Test, Now What?

You are here: Home / Resources / I Failed My Interlock Test, Now What?
August 15, 2014 by Editorial Staff 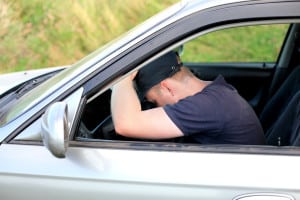 For many, the chance to overcome a drunk driving conviction starts with the use of an ignition interlock device (IID). IIDs enable a convicted drunk driving offender to continue to work, as well as establish a pattern of sober driving that can positively benefit the driver and the health and safety of anyone else on the road. As with any device driven by technology, there are always concerns about the failure of the device to perform correctly especially since a failed test can have life-altering consequences. With increased DUI/DWI penalties and consequences at stake, it is imperative to understand the right procedure if an IID test is failed.

An ignition interlock test can fail for several reasons. Unfortunately, one of the more common reasons is that the drunk driving offender has been consuming alcohol, and thus, should be prevented from operating any vehicle. Ignition interlock tests can also fail due to trace amounts of alcohol from substances like mouthwash or some medications, as well as testing with a defective device or an IID that has not been maintained properly.

If you have failed your interlock test, and have not consumed alcohol, the device is programmed to allow more tests in order to allow you to continue to operate your vehicle. Within a short amount of time after a failed ignition interlock test, the device should reset and allow another breath sample to be submitted for testing. If alcohol is still detected, then it is recommended that you follow the guidelines of the installation, whether that is to test again or to call the IID servicing technician directly. By notifying the servicing technician, the failed interlock test can be better explained as a technical error, thereby relieving the offender of any further criminal charges or penalties.