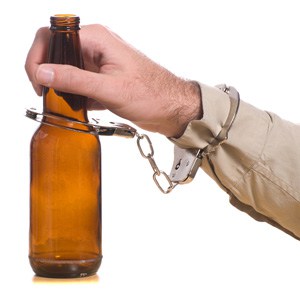 A DUI arrest and conviction can have a wide range of penalties and court-ordered restitution elements, depending on several factors. Each state has its own definitions of a DUI conviction; however, most DUI convictions fall under either a misdemeanor or felony. Regardless of the classification of the DUI conviction, any DUI has a life-altering effect that can last for years.

Misdemeanor DUIs are typically alcohol-related driving offenses that have proven to be isolated incidents, first-time offenses, or the circumstances surrounding the misdemeanor DUI provide little danger to others. If a person is arrested and convicted of a misdemeanor DUI, the consequences and penalties are still harsh, but, these penalties are designed to dissuade the driver from further DUI activity. A misdemeanor DUI can carry a sentence that includes probation, court costs and fines, driver education programs, the mandatory installation of an ignition interlock device, jail time and/or other means of punishment that vary by each state.

Felony DUIs are much more serious, and include evidence of a habitual habit of drinking and driving, or the potential or actual injury or death of others involved in the DUI offense. For instance, if a person is charged with a DUI after having other passengers in the car, especially minors, or has other DUI convictions on her or his record, a felony DUI conviction can occur. The same conviction is true if another person is injured or killed by a drunk driver. A felony DUI carries a much stricter sentence that includes many of the same penalties as a misdemeanor DUI, including court costs, incarceration in a prison, and the mandatory installation of an ignition interlock device.

All DUI charges are severe, and come with the knowledge that driving under the influence of alcohol is a dangerous practice. By remaining sober behind the wheel or designating a sober driver when there will be alcohol present at a party or during a night of fun at a bar, the chances of any type of DUI conviction are eliminated.