What is a DUI “Washout” or “Look Back” Period? 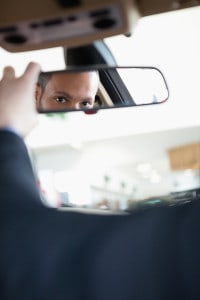 The world of DUI (driving under the influence) convictions can be difficult to navigate. There are so many terms and laws to understand that it can seem overwhelming when trying to figure it out. For instance, a DUI “washout” or “look back” period is something that many people may not become familiar with until they have cause to understand it. The terms refer to how long a previous DUI conviction can come back to haunt you. For example, depending upon where your drunk driving conviction occurs, the legal system has the right to look at your previous DUI convictions for five years, ten years, or longer when deciding how to punish your current DUI offense.

DUI “washout” or “look back” periods vary by state, because each state has the right to decide how to deal with traffic violations. This holds true for all aspects of a DUI conviction. Which punishments will be meted out to DUI offenders is based upon state laws, which can be changed due to social pressures. For instance, Michigan is a state that had a 10 year “washout” or “look back” period, but due to angry constituents after a particular drunk driving incident, Michigan is now one of few states that look at a person’s entire driving history when deciding how to punish a DUI.

Just as people are each different from one another, states each have their own cultures and belief systems, and those ideas inform how DUIs are treated by the legal system. No matter how long a state wishes to look at a person’s history of drunk driving, it is easiest to simply avoid this problem altogether. When drinking, do not drive and you won’t have to worry about “washout” and “look back” periods.

Previous Post: ← Drunk Drivers Less of a Concern for Many
Next Post: A Case for Safer Cars with Ignition Interlocks →