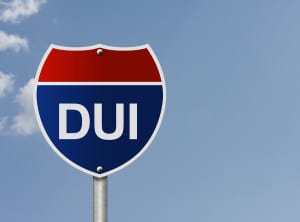 Ignition interlock devices are becoming standard fare as a consequence of driving under the influence (DUI/DWI). As more states realize how the devices help lower their rates of repeat infractions and save lives, they are developing ignition interlock programs or incorporating them into their first-time DUI policies. While each state handles DUIs differently, all are concerned with keeping our roads as safe as possible. As such, all states have ignition interlock laws in place for repeat offenders.

Since all states do not have the same ignition interlock laws, it is usually a good idea to obtain the help of an attorney if someone is arrested for a DUI. Penalties for DUIs can include fines, jail time, defensive driving classes, substance abuse help, and ignition interlock use. Some states take a wide assortment of information into consideration when deciding how long an offender must use the device. Whether a minor was in the vehicle at the time of the arrest and how much alcohol was in the driver’s system are considered when determining how long an individual must use the device.

There is no standard approach amongst the states with regard to ignition interlock laws, but organizations like MADD (Mothers Against Drunk Driving) are hoping to change that. In 2006, MADD launched a program to completely eliminate drunk driving and part of their proposal includes mandatory ignition interlock device installation for every driver convicted of a DUI. Their recommendations also include making one year the minimum length of time a first-time offender uses the device. All repeat offenders would have to have an ignition interlock device for two years.

While every state has its own version of ignition interlock laws, there is consensus around one issue. Financial responsibility of the device falls upon the offender in every state, with a few states offering assistance or waivers when offenders can prove financial hardship. Each state has its own pricing allowances and in many states, offenders would have to pay to install the device in every vehicle the individual might drive during the court order.